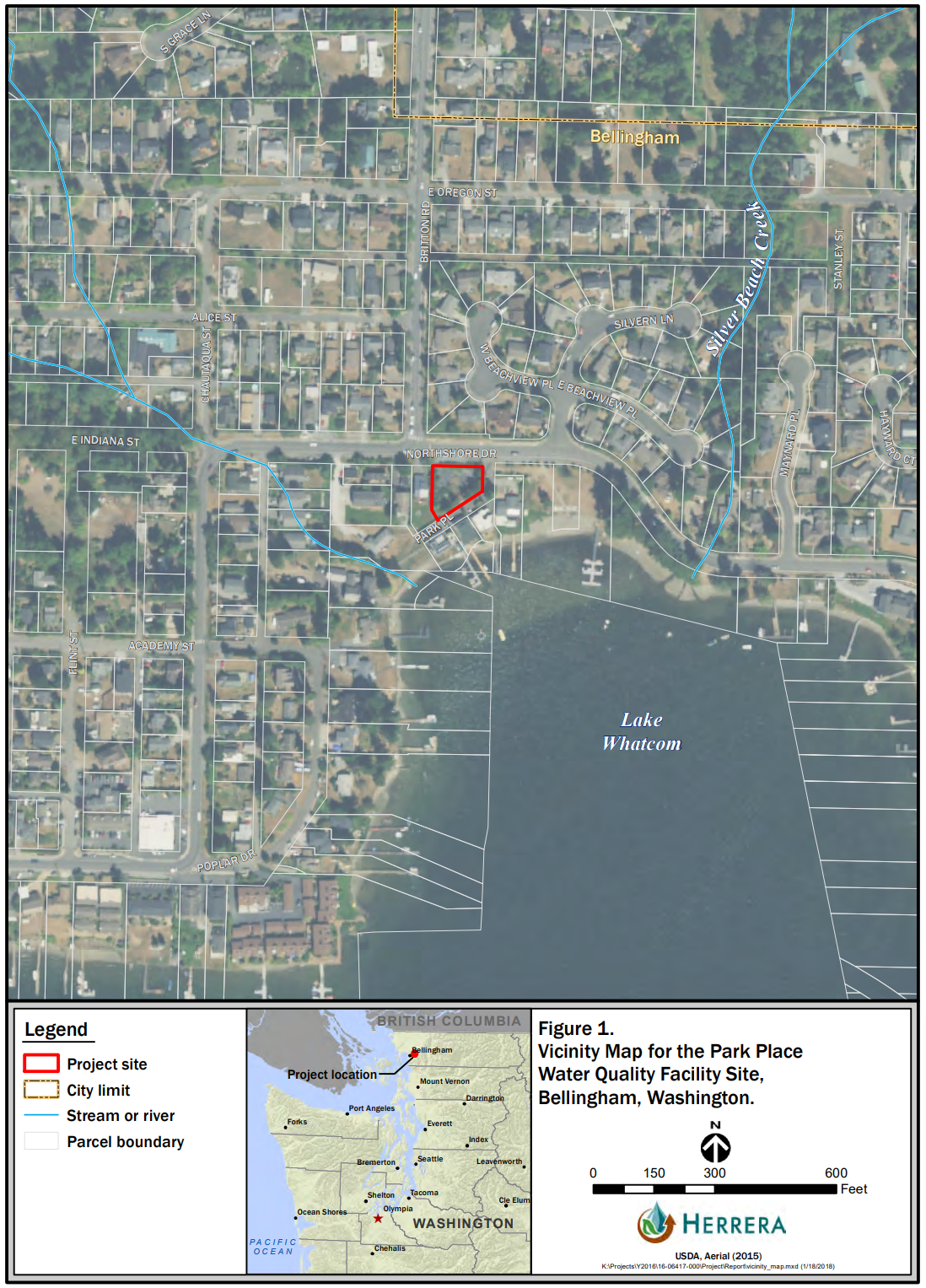 Located in Western Washington, the Lake Whatcom watershed covers 56 square miles (36,000 acres) and provides 10 million gallons of drinking water daily to over 100,000 Whatcom County residents- roughly half of the County’s population. Over 18,000 people in 6,500 homes reside in the Lake Whatcom watershed, with 25% of the watershed’s population living within the 3% of the watershed that is within the City of Bellingham.

Lake water quality has steadily declined due to algae growth driven by phosphorus runoff from residential development. Excessive algae growth results in toxic algal blooms and the consumption of dissolved oxygen in the water column when algae die and decompose.

In 1998, Lake Whatcom was listed on the Environmental Protection Agency 303(d) list as an impaired waterbody for both dissolved oxygen and fecal coliform bacteria. Following this listing, a Total Maximum Daily Load (TMDL) study demonstrated that low dissolved oxygen resulted from excess phosphorus in stormwater runoff related to development around the lake. In 2017, the City of Bellingham and Whatcom County‘s TMDL implementation plan was approved, including milestones to address water quality such as installing stormwater treatment in the developed portions of the watershed.

In 2015, the City contacted Herrera to plan and design stormwater treatment for Britton Road. Due to the high cost of implementing distributed stormwater treatment BMPs along the road, Herrera recommended cancelling the project and instead conducted a feasibility study. With this, the team investigated the feasibility of a basin scale solution by reconstructing an underperforming regional stormwater facility located on Park Place, adjacent to the Britton Road basin.

The Park Place Stormwater Facility was originally constructed in 1994 as a set of wet ponds. In 2005, the facility was reconstructed as an amended sand filter, serving 105 acres of development at a design flow of just over 1 cubic feet per second (cfs).

Through Herrera’s analysis, the team discovered the potential to increase the area draining to the facility to 168 acres and increase the design flow to 5 (cfs) by developing a new treatment media that met TMDL goals at that flow rate, while solving issues that emerge when designing regional facilities for large basins.

To develop this media, the team would have to find a way to manage base flows and extended duration flows so the media is not saturated for long periods of time and ensure all the media is evenly dosed.

Finding such a media and solving these two problems would allow this facility to treat 95% of the average annual stormwater volume and remove over 85 pounds of phosphorus per year from the stormwater entering the lake at a cost of about half of the city’s benchmark of $50,000 per pound per year. Stay tuned for our next installment on Park Place to learn more about the development of this innovative stormwater treatment media and dosing system!

For more information on this project, please contact Chris Webb,PE.